Well, it's hot. That's the news. While we in the tropics had about 15 inches of rain a month ago, followed up by a couple of inches a week ago, the edible part of the garden is rather poorly.
The tomatoes are almost all dead, as is all but the most stubborn of fruit. 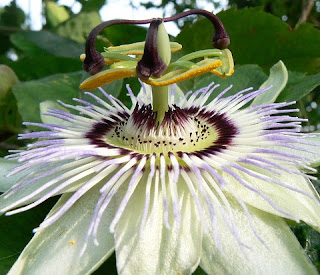 However, all the rain has brought the passionfruit back to life. Have you ever smelt a passionfruit flower? If not, do yourself a favour. They have a surprisingly intense, packed-with-punch aroma. Our vine currently has about 20 baby fruit on it, so can't wait for them to drop to the ground and be ready for consumption. 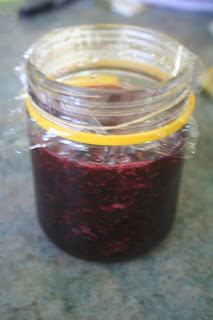 Yesterday I was given some rosellas. About 400g, in fact. This possibly came about because my attempt at rosella growing failed and failed dismally. But a friend "let" me make some jam from hers. Never made rosella jam before, so it was a bit fiddly, but not too bad really, in terms of length of time it took. And it's rather tasty too. Perhaps that's the three tonnes of sugar, but you only live once! 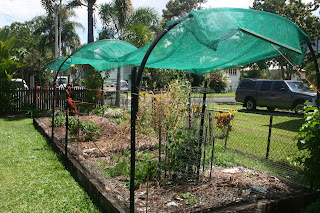 Behold the parched vege patch. With shade cloth over the top. Don't think I've shown you that yet, have I? 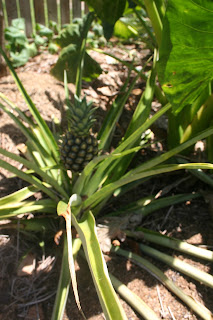 Pineapple heaven. Think we have three fruit coming on at various stages of development, but still a couple of months to go. We saw potted pineapples, with fruit on them, at a large nursery the other day for $21. Ow! 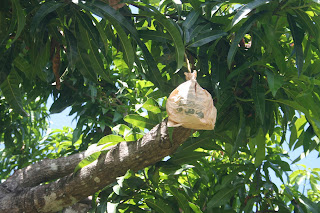 Trying to save our precious few mangoes (about half a dozen) from the flying foxes. Cute, huh? 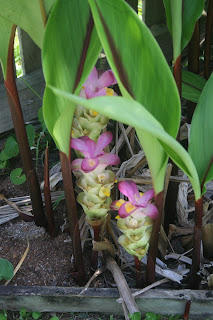 I know, I know. This is not an edible plant. This is a ginger. No idea what sort, but isn't it stunning! For most of the year, this plant does not exist, but come the wet season, and up she pops. And I think it's appeared early because of that 15 inches of rain we received. I don't mind at all!